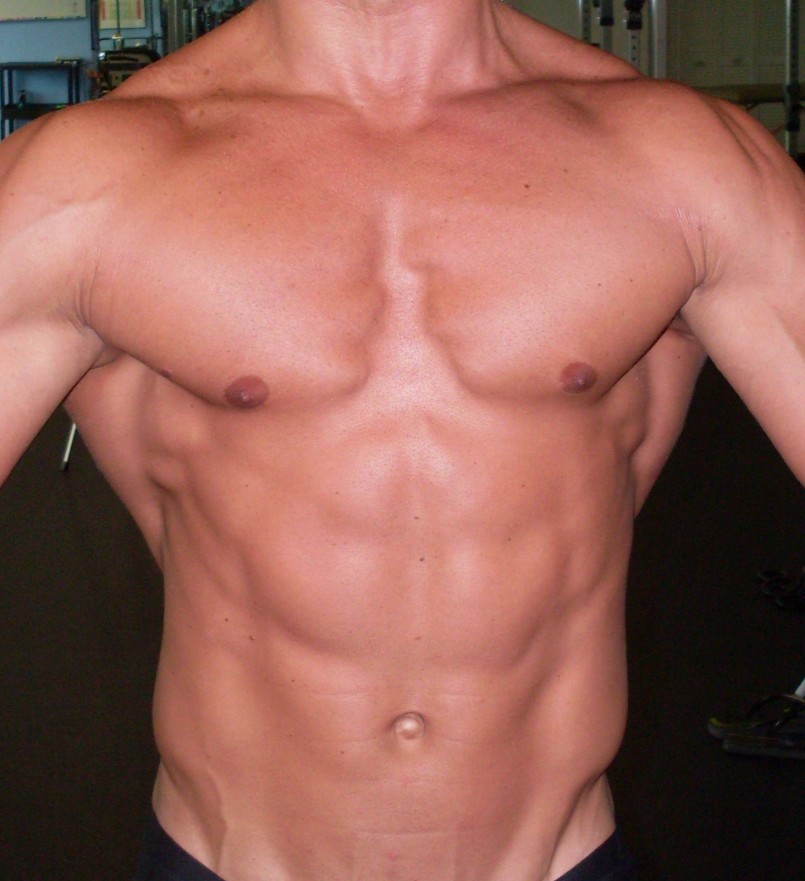 I often get questions from people about how to do core conditioning or, which exercises are best to build core strength. I thought I would go over the basics of core workouts, building core strength and, provide a great workout routine you can do at home, in your office or in a gym setting.

Top 5 benefits of a strong core

There is a lot of confusion out there about how to condition the core and what the best exercises are. It is more complex than simply doing a million abdominal crunches on the floor and then thinking you’ll get wash board abdominals or a stronger core. Doing that, will most likely give you back pain and short tight Rectus Abdominus (abs). Now I don’t want to bore you with all the anatomy of the core musculature or how everything functions together however, for simplicity sake just imagine it is made up of your entire torso including internal organs. That’s right the internal organs will also have an effect on how your core functions looks and, feels.

Everyone overeats at some point in their lives typically during the holidays and when you get that super full bloated feeling what do your abdominals look like? Not very good, do they? The lower part of your abdominals protrude while your low back may be stiff or even in a bit of pain. So yes, what you put into your mouth plays a very important role in conditioning the core. Inflammatory foods such as gluten or wheat may be the culprit but, that’s a whole other topic that we will go into another time. For now just know that it’s best to eat real foods that aren’t packaged or processed and have no ingredient list like fruits, vegetables, fresh seafood or grass fed meats.

The core protects the spine and internal organs from any external force or trauma such as when a linebacker gets hit by another player. Imagine that kind of force coming at you to knock you down. If the core isn’t strong enough to withstand that kind of blunt force the spine would most likely break in 2 and the internal organs like the stomach would bust open right then and there on the field. Sounds kind of gross, doesn’t it?!

You may be wondering how the core provides circulatory support. According to athlete and conditioning expert Paul Chek, “When the body moves correctly and is properly exercised pressure changes occur in the core that assists the heart and extremity muscles to circulate blood and lymphatic fluid throughout the body. If for any reason the core stops functioning correctly, the heart not only has to work harder, but the fluids flowing through the core become relatively stagnant.” Also, right behind the abdominals and along the spine one of the largest arteries and veins in the body sit the abdominal aorta and inferior vena cava.

Back pain can come from a weak core musculature because it’s all connected and functions together in concert. There is a deep inner unit muscle called the Transversus Abdominus or TVA that acts as a natural weight belt, it stabilizes the core but especially the spine. So, if you don’t know how to recruit this muscle you can end up with a severe bout of back pain when lifting any weights or even lifting groceries from the back of your car. To do this requires breathing from the belly and not upwards from the chest. 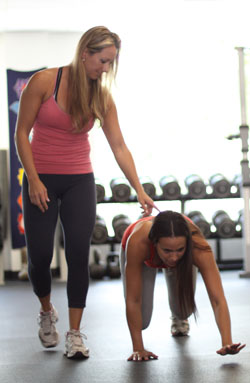 Achieving a strong core from a great core conditioning and strengthening program will reduce the likelihood of injury when playing sports, playing with your children, carrying groceries, or just leaning over the sink while brushing your teeth. You should stick to lifting free weights, doing bodyweight movements and other forms of functional exercises to strengthen the core rather than machine training like the Ab crunch machine that you see in most gyms because you want to train the whole of the core in its’ natural state. Doing hundreds of crunches on an Ab machine will only lead to faulty movement, pain and injury. Some of your muscles may get stronger by using machines but the smaller stabilizer muscles will not so, there is an unequal distribution of strength and stability which, leads to back pain and injury when doing something seemingly so simple as lifting groceries out of the trunk of your car.

The core is the powerhouse of all movement of the body. Have you ever really watched a baseball pitcher pitch the ball? Or, a Boxer Throw a punch? The force and power of each of those movements doesn’t come from the arm, it comes from the core. If the core isn’t strong enough to withstand a punch it isn’t strong enough to throw one either or, to throw a good curve ball.

A good plan to keep in mind when building abdominal core strength is to start with the lower part of the abdominals first (you can refer to Paul Chek’s LA series) then the Obliques such as Woodchops or Side Planks and finally the upper part of the abdominals  – a full range of motion crunch over a Swiss ball. It’s important not to train the abdominals daily but to let them rest just like any other muscle. Sprints are actually a great way to functionally condition and strengthen the entire core musculature. Also, if you do a lot of flexing of the spine such as in crunches then you need to do an equal amount of extension as in, back extension on a Swiss ball or a prone cobra.

Get started and train right

If you’re ready for one of the best core workout routines ever sign up for my health and fitness tips and as an added bonus you’ll get a free copy of the “Ultimate HardCORE” workout!

A sample core workout is below to get an idea of how to put it together. You can do this core exercise routine in a circuit format then rest for 2 minutes before starting on your 2nd set.