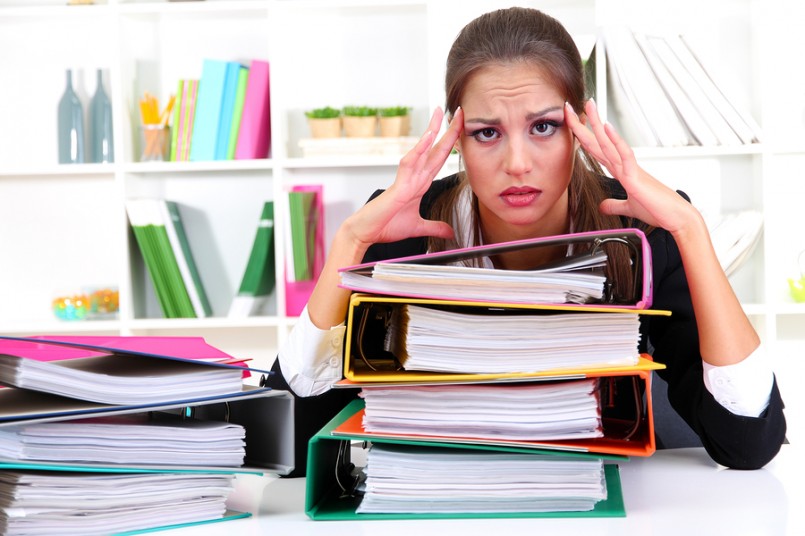 Have you ever had a terrible boss or colleague that must have forgotten they were out of middle school? Mental health and workplace bullying sadly happens but, on a different level than when we were in middle school…is it worse though? As adults we should have matured and learned about that thing called ‘communication’ rather than that thing called ‘passive aggressiveness’ or simply having an aggressive behavior with others.

We spend most of our adult lives at the workplace so if there is an issue with a colleague or boss that cannot be resolved with mature direct communication it can be a very stressful situation causing the kind of mental anguish that will cause health problems such as high blood pressure, sleep disturbances, anxiety, and much more. It can also be harder to simply walk away from it if you are the sole breadwinner for your family or if you are an older adult and the jobs are limited which will also increase the level of stress a person is under.

I’ve had clients, friends and family members over the years with many complaints about this subject one such client had such a mean and horrible boss that after doing her due diligence of trying to resolve the matter through the appropriate channels nothing changed and her blood pressure went so high she had to take a leave of absence. What do you think this kind of stress will eventually do to her body if not resolved?

There is a term called ‘backbiting’ that is a form of passive aggressive behavior which can be very harmful…definition – ‘malicious talk about someone who is not present.’ Make no mistake about it…ruining someone’s reputation by doing this is a form of bullying that happens more often than not. The victim of this may not know what exactly has been said but, they can feel it. The spirit or intuition always knows. This type of behavior from adults is terrible and a very bad example to friends, family and yes, their own children. Do you think that your kids won’t be effected? Where do you think this behavior is taught or stems from when you see a teenager behaving in this way to others?

There is an anti- bullying campaign for teenagers but, the truth of it is that this behavior is taught to them by their parents actions too. You can tell kids not to do something but if you do it yourself why would they listen? The rippling effect of being rude, not smiling, simply acknowledging another, talking shit, gossiping, backbiting, being unkind, mean, moody etc with others at the workplace creates a rippling effect that reaches far and wide. You hear of people doing the worst things to each other including throwing their colleague under the bus with the boss, stealing clients, trying to make you look bad in front of others to satisfy a deeper insecurity and ugliness. And truly the person doing these things needs to take a look in the mirror at themselves because they have created an ugly and deeply insecure adult which, has nothing to do with anyone else. If you feel the need to talk about others to make yourself feel better about yourself there is something wrong with you not the other person.

Now let’s take a look at what kind of television is popular today…reality TV. It’s crazy drama where you see women fighting for one guy for the sake of ‘love’ and are so cruel and catty with each other or so called ‘Desperate Housewives’ who ‘backbite’ endlessly in front of their children that it’s no wonder people in the real world act as they do. Of course, these shows are not truly reality shows but instead are set up by the producers to get higher rating but, not everyone knows that and if this is what is popular among the masses what does that say of their state of mind?

I personally suffered from childhood bullying at such a young age (11) simply because I was the new girl and a popular boy liked me. Who really cares about boys at that age anyway? I had to talk my way out of a fight then toughen up at an age where all you want to do is play with friends and be carefree. And more recently I had to deal with a more passive aggressive version of bullying from a colleague. The difference in these stages of life is that when you are an adult it comes to you as a shock because you expect adults to be more mature and well, adult.  This person was so ugly to me for no reason at all except that his insecurities were eating him up from the inside out and, he felt the need to direct it all to me. While I tried my best to be nice to this person and ignore his very moody and terrible behavior towards me in the end it was impossible and since justice is very important to me I left when it was clear nothing would be done about it.

Having your own business and only renting space from another allows this kind of freedom though. I know it can be harder for a person who has kids and is working for a company to do the same. However, standing up for oneself when treated poorly is something that every person should do and should do for each other. Why is it so hard for some people to have stand up for what’s right regardless of the outcome? It might be uncomfortable in the short term but, in the long term it is the healthiest and most rewarding feeling because justice was served. It also creates a healthy rippling effect in the community. Now that’s not to say people should get together and be mean towards the ‘bully’ but, the behavior should not be ignored or, rewarded by them being able to keep their job after being warned over and over again to get their act together.

Honestly, I have never understood this kind of behavior from others because I’ve always tried to be a very direct person and, if I’m angry with someone for something they will know it because I will discuss it with them to clear it up if at all possible and, move on. I wonder though why is it so hard for some people to just communicate directly and just be kinder? Is this the cause of a mental illness or, am I looking for an excuse for this terrible behavior?

In one of my University courses on health  years ago I heard a shocking statistic about mental health in America…that 80% of the people here have been or are on an anti-anxiety, depression or some sort of pharmaceutical that has effects on the mental health of a person. Newsweek also posted just last year an article stating that 1 in 5 Americans suffers from mental illness each year. That’s a staggering number! There are a myriad of causes for this but one thing is for sure and that is that people have forgotten how to simply be nice to each other because perhaps they are too self absorbed in their own misery? Or maybe, they don’t realize how we are all truly connected to each other? It isn’t just your family or friends that connects you to others, it is everyone. Your actions at the workplace with your colleagues truly show your personal character and integrity which, will be who you are at home with your family and children as well. What kind of man or woman do you want to be? What will be your personal legacy?

If the mind isn’t healthy what happens to the body? Should the pharmaceutical companies be blamed for the declining mental health of the American people as well as ourselves? I recently heard a podcast about depression by a doctor who specializes in Eastern and Western medicine and this doctor validated what I already thought might be true in regards to the issue of depression. And, that is that exercise and healthy lifestyle modifications are better as a natural anti-depressant than a pill form of it from a pharmaceutical company for the long term mental and physical health of a person. That the feelings of depression will pass if allowed to just be without any pharmaceuticals however, when you use them there are so many side effects that it can actually create more problems than to solve them including, weight gain but, I’m no expert and there is still a lot to learn about these things.

Of course I think that to put the blame on anything or anyone besides ourselves isn’t going to solve these types of issues anyway. Rather, to look within oneself, make a change from the inside out will. To think first about the things we say before we say them and about how we treat one another will go a long way into creating a positive change in our communities.

1. Exercise – I’m sure you’re tired of hearing this but it’s true! It helps more with mood and mental stress than most anything else! I promise…try it!

2. Check yourself at the door – what I mean is to monitor your own behavior, gossip and words first. Be who you want others to be… I know it’s cliché to say but, it’s true…’Be the change you want to see.’

3. Be direct and create healthy boundaries with colleagues – if someone treats you poorly try talking to them with a mediator if necessary directly rather than assuming anything or creating a story in your head about it.

4. Meditate – create a quiet meditative practice and set your intentions in the mornings before you go to work…sit quietly and say a few prayers if you pray or simply think about the ideal day you wish to have.

5. Try not to take things personally- (this one is hard for me at times)…everyone has their own reality and their mood or anger may have nothing to do with you even if directed at you.

6. Move on – if you’ve done all you can and you’ve done your best but can’t resolve the issues it’s time to move on…everyone is on their own path in life and sometimes it’s best to simply move on so you can grow and have peace of mind.